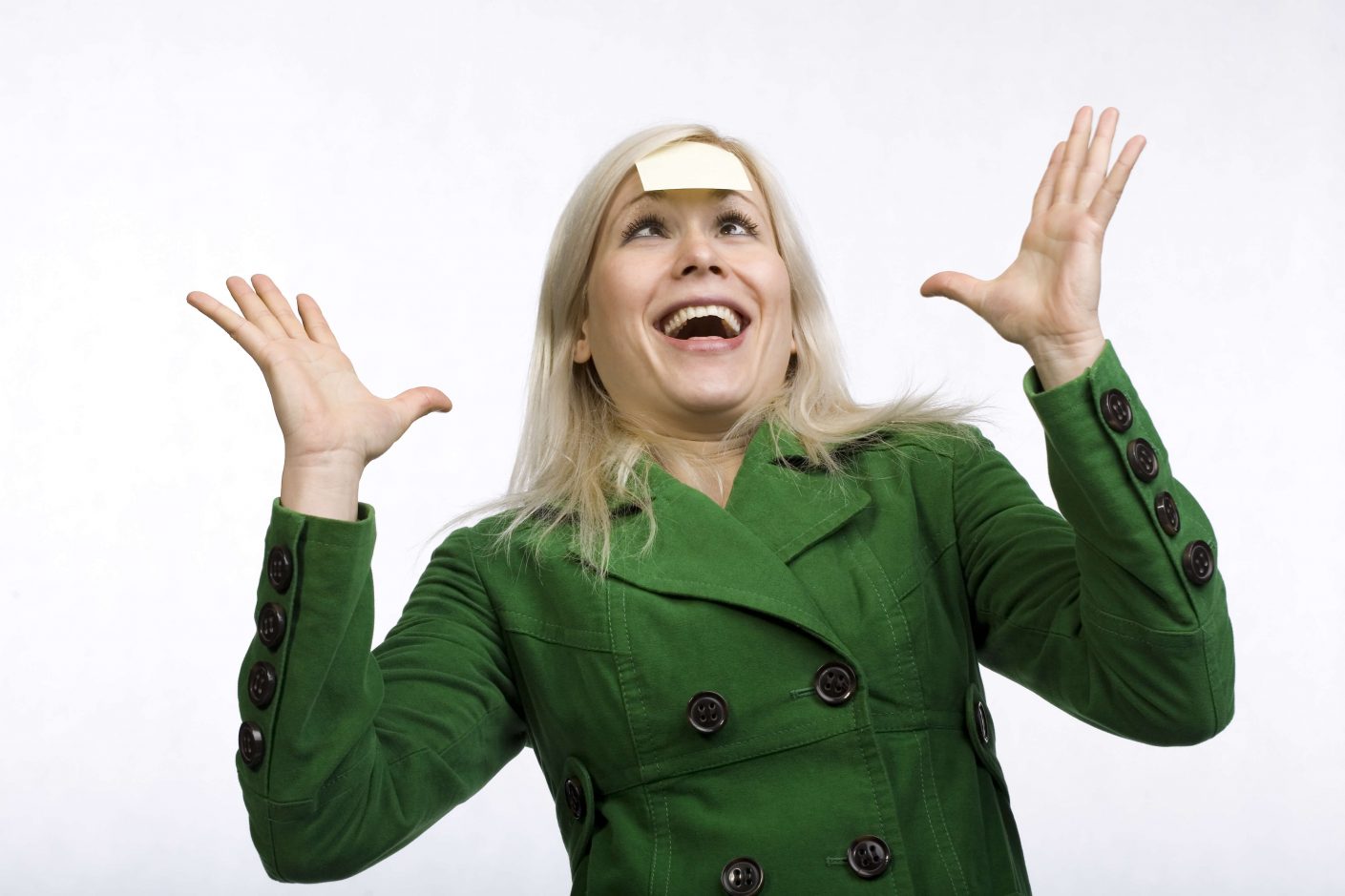 Have you started a sentence and can’t remember what you were talking about?

Have you walked into a room and forgot why you are there?  Lost your glasses only to discover that they are on your head?  Can’t remember where you put your car keys yet again?   You are not alone.   Roughly two-thirds of women complain of forgetfulness or "brain fog" during menopause.

There are volumes of studies and research suggesting that cognitive decline and memory problems associated with menopause are real and may be linked to fluctuating levels of hormones in the brain.

It's common for women going through menopause to complain of what researchers sometimes call "brain fog" -- forgetfulness and difficulty concentrating and thinking clearly.  In our own studies at Heathy Wise and Well about how menopause affects life in the workplace, over 84% of women reported that they experienced lower productivity levels.  Menopause symptoms, including brain fog, affects their performance by as much as eight days per month.  For many, this issue doesn’t mean that they cannot perform their roles at work – it just takes longer. Additionally, a survey carried out by ITV reported that one in four women leave the workplace at the time of their menopause because they find it too difficult to do their job.

While this evidence is subjective, several studies have also shown they can be objectively detected.

For example, in 2016, researchers from Brigham and Women's Hospital, Massachusetts General Hospital and Harvard Medical School in Boston said their new study builds on that objective evidence.

The study confirmed a woman's performance on specific memory tasks tends to dip as her oestrogen levels drop -- and it happens during the average age range of menopause: 45 to 55. Menopause is defined as when a woman's menstrual cycle stops for 12 consecutive months.

What's more, those hormone levels are related to the hippocampus's activity, a brain region key in memory processing.

These findings were confirmed in a study carried out in the US.  In one study, pre- and post-menopausal women performed worse on tests of memory and cognition in the year after they had their last period than in the time leading up to menopause. Researchers at the University of Rochester in New York performed a battery of cognitive tests on 117 women ages 40 to 60 who were in various stages of menopause.  The researchers found that in their first post-menopausal year, women performed significantly worse on tests of verbal learning and memory (how well they could recall words from a list), motor function (how fast they could place a series of grooved pegs in a pegboard), and attention and working memory (how well they could recall increasingly longer strings of digits) than women who had not yet reached menopause. These effects were significant for verbal learning and memory, medium for fine motor skills, and small to medium for attention and working memory.

Another study also focuses on the idea that women in the early stages of menopause may experience more noticeable cognition issues. Specifically, women in the first year of their last menstrual period scored the lowest on tests evaluating:

Memory for the women improved over time, which is the opposite of what the researchers had initially hypothesized.

Scientists believe it has something to do with hormone changes. Oestrogen, progesterone, follicle stimulating hormone, and luteinizing hormone are all responsible for different body processes, including cognition. Perimenopause lasts up to 8 years, during which time your hormone levels may fluctuate wildly and cause a range of symptoms as the body and mind adjust.

Research also shows that as we age, many nutrients may be in short supply. Deficiencies of B vitamins (including B12) and vitamin D are associated with cognitive impairment as well as depression.

Vitamin E and other antioxidants may be essential in maintaining blood flow to the brain and the central nervous system. One study showed that patients with early signs of dementia improved after being given high doses of vitamin E.

Recent scientific evidence shows that soy isoflavones, in dietary or supplement form, can help with cognitive and psychological symptoms around menopause. There is a high concentration of oestrogen receptors in the hippocampus — the part of the brain responsible for memory and learning — that these molecules might bind to. An analysis of ten randomized, placebo-controlled clinical trials of isoflavone supplement use involving more than one thousand women showed that isoflavones were associated with a significant improvement in cognitive function and visual memory. The effect was most significant among women under the age of sixty and, perhaps surprisingly, for shorter periods of treatment. The researchers suggest there could be an important “window of opportunity” during which supplementation and dietary changes should be started for maximum benefit.

The Women’s Isoflavone Soy Health Trial looked at the cognitive effects of long-term intake of soy isoflavones at levels comparable to those of traditional Asian diets. This trial was longer and larger than previous trials of soy isoflavones for cognition. Women took a daily dose of 25 grams of isoflavone-rich soy protein or placebo for two and a half years. The soy protein supplement contained 52 mg genistein, 36 mg daidzein, and 3 mg glycitein. The most pronounced improvement was a strong increase in the capacity to remember faces.

It’s good news for the majority that memory loss at menopause is unlikely to have a sinister underlying cause.  You can simply make some dietary and lifestyle changes to help your symptoms and improve both your short and long term memory as well as cognitive function.

Eat A Well-Balanced Diet Based On Wholesome Foods

The Mediterranean diet, for example, may help with brain health because it’s rich in omega-3 fatty acids and other unsaturated fats.

Include phytoestrogen-rich food in your diet.  These foods fool the brain into thinking that the body has naturally occurring oestrogen in the body, which has a positive effect.  These foods include:

Get Your Body Moving

Getting regular physical activity is recommended for all people, including women going through menopause. Researchers believe that exercise may even help with symptoms like memory issues.

Try getting 30 minutes of cardiovascular exercise at least five days a week for a total of 150 minutes. Activities can include fast walking, running or perhaps dancing around the kitchen to your favourite music.   Just make sure you enjoy what you do.

Your brain needs regular workouts as you age. Try doing crossword puzzles or starting a new hobby, like playing the piano or taking up knitting.

Getting out socially may help as well. Even keeping a list of the activities, you need to do in the day may help you organize your mind when you’re feeling foggy.

Memory and other cognition issues associated with menopause will improve with time.   So, eat well, get good sleep, exercise, and keep your mind active to help with your symptoms in the meantime.

I couldn’t function on a daily basis at all. I had lots of brain fog, which was very scary, and I just couldn’t function at work. I had a very responsible job and had to go to work pretending because I felt like I was wading through mud. In the afternoons especially, all I wanted was to crash. I’d love to have just gone to bed and slept for the afternoon. My hot flashes were awful. It was just horrendous. I was given antidepressants by my doctor, but I wasn’t depressed. He said they would work for the other symptoms, but they didn’t, I just felt worse.

I was due to get remarried and knew that if my marriage was to be successful, I needed to get myself back into good shape. My fiancé bought me a ticket to Maryon Stewart’s programme, and I have never looked back.

I worked diligently to follow Maryon’s advice during the six-week course and religiously took the supplements she recommended. Amazingly, I began to feel better quite quickly and noticed that I was losing weight without even dieting.

Now I’m able to function again. And, fortunately, that happened right before my wedding, so I was able to enjoy the day and have a wonderful honeymoon. Honestly and truly, after a couple of weeks of coming off the things I was not supposed to be eating, I started to see a change. My brain fog has lifted, which is so important for me, as I feel I can function again, and I feel excited about being able to remember things again.

I feel better than I can remember. I get up in the mornings with energy and enthusiasm.

For more information about combatting brain fog – watch Maryon’s film on the topic.

Please wait while you are redirected to the right page...