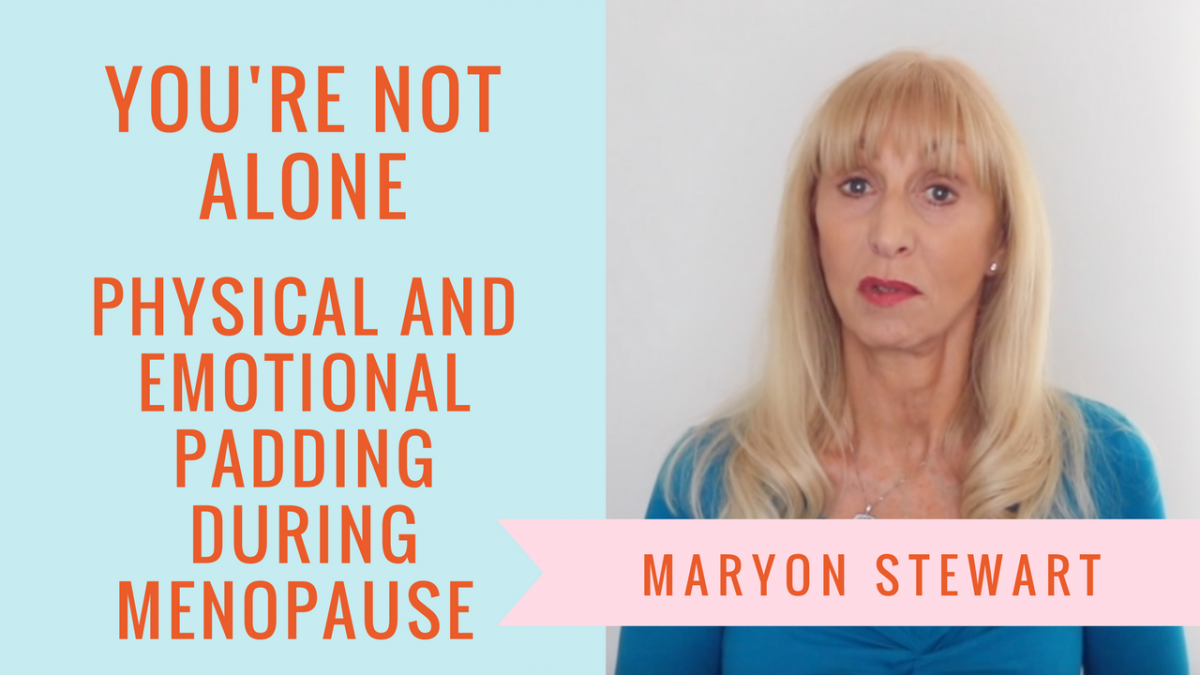 My heart goes out to women like Yasmin Le Bon who says that her menopause has left her with a layer of padding all over her body and affected her memory.

Women are often taken by surprise, and not in a good way, by the often-debilitating symptoms of menopause.

Fat around the middle, brain fog, mood swings, aching to the point of feeling old prematurely, and experiencing uncharacteristic anxiety, as well as the hot flushes and night sweats are hard to live with; but it must be particularly devastating for a woman who was once the highest paid supermodel in the world.

There is an overwhelming consensus among many women that menopause signals the end of life as they knew it.  Often feeling like an alien has taken possession of their mind and body, as well as feeling switched off below the waist resulting in zero libido.

It seems completely unfair to me that women of a certain age are heading for misery unless they are armed with sufficient knowledge to do a U-turn.  The information and tools to parachute out of the dark hole and reclaim all things lost, including memory, libido, self-esteem and your waistline, are out there.

But despite the wealth of published science, doctors and nurses are not armed with sufficient knowledge to advise on anything much other than HRT or antidepressants.  Neither of which are ideal or optimum for the long-term use, and, according to the latest NICE recommendations should not be the first line approach.

In so many areas of life women are smart, savvy, straight-talking problem solvers, but when it comes to their own health, mainly because of inadequate knowledge, they seem to roll over and become victims of their life stage.

I often ask myself the question why women don’t expect more help as they claw their way through the perimenopause and menopause.   Why is it that so many of us accept midlife to be the end of life as they knew it and assume it’s all part of being a woman?  It’s a time when huge numbers of women seem to be mourning the loss of themselves.

Difficult to talk about

Instead of all things familiar, normality is replaced by fear, despair and a dread of seeing the eyes and shape of a stranger looking back from the reflection in the mirror.   It can be very frightening and incredibly isolating; what happens to us is sometimes even too personal to discuss with our best friends.

What you can do to help yourself feel better

But the menopause journey doesn’t have to be this way which is why I get so frustrated that millions of women are at their wits end at midlife feeling isolated and scared. Correcting nutritional deficiencies at midlife can improve energy levels and mood.  Topping up on naturally occurring oestrogen from soya products and flaxseeds and taking supplements that have been shown to be both safe and effective.   They can fool the brain into thinking once again we have normal circulating oestrogen.

Plus, doing regular exercise and formal relaxation can help release the feel-good hormones, control our flushes leaving us feeling energised and looking slimmer.

Women should know that menopause is merely a transition and that there is a light at the end of the tunnel. In my view, it’s time for women, including superwomen, to reclaim their power at mid-life and not be fobbed off with the ‘scrap-heap’ mentality that society thrusts upon us at this important life-stage.