When I told my husband “I turned down five men today”, he looked at me sideways.  At first he thought I was joking, but it was true.  And my dirty little secret is that it’s not the first time; it happens almost every day!

Since opening the doors of my new Facebook Group less than three months ago, inviting women to journey with me to make their Midlife Switch, I have not only attracted over 5000 female members, but it has sparked interest amongst men.  Whilst the women are struggling with the nightmarish symptoms of peri-menopause and menopause, believing they have been possessed by an alien, their husbands and partners are understandably feeling bewildered by the challenging behaviour and lack of spark.  Sex drive is one of the first things to leave the building during menopause because women default to what I call ‘Economy Mode’ due to low levels of nutrients and diminished circulating oestrogen; it follows that men might also be interested in finding a solution.

Overwhelmed by thermal surges by day and by night, dripping with perspiration, dreading another night of insomnia, many women at the time of the menopause are also suffering with severe panic attacks and palpitations, aches and pains that stop them in their tracks as well as fatigue making them feel like they have been hit by a train.

If my experience in the last three months is anything to go by, women don’t have to have reached fifty before this onslaught.   There are millions of women around the world who are completely taken by surprise and under prepared for their midlife experience.  In that short time, my Facebook Live films have been viewed by over three-quarters of a million women, and clearly some men.  They are searching for solutions as all that seems to be on offer at their doctor’s surgery is hormone treatment or antidepressants; neither of which are viable long term propositions for most women.

Having helped tens of thousands of women successfully overcome their symptoms for more than 25 years without using drugs or hormones, I decided to call time to the suffering.  A little knowledge goes a long way.  So my new mission is to

raise awareness about the many scientifically based tools that can be implemented at midlife enabling women to reclaim their wellbeing and find the person both they and their partner thought had evaporated.

With my members in mind I put together a magazine style workbook ‘Natural Menopause – Making the Midlife Switch’ and edited my film Get Fit for Midlife.  I’ve begun taking a group of members on their recovery journey using both video and online workshops. The members voted for the group to remain women only; but by giving them back the girl they married it seems there is more than one way to put a smile back on men’s faces. 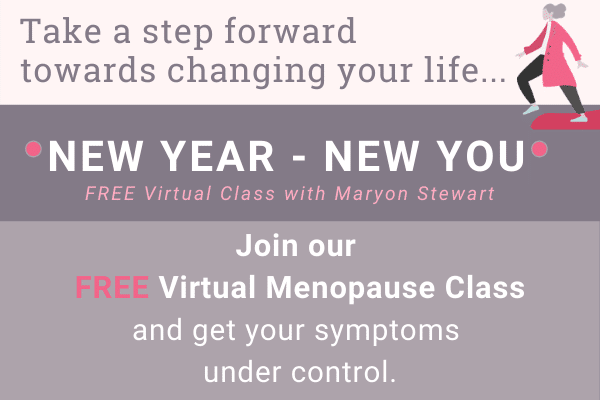 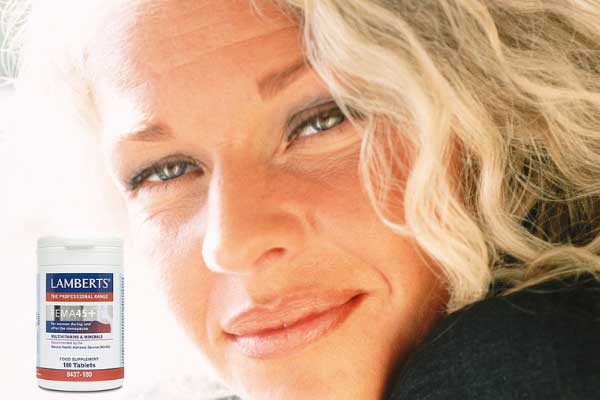