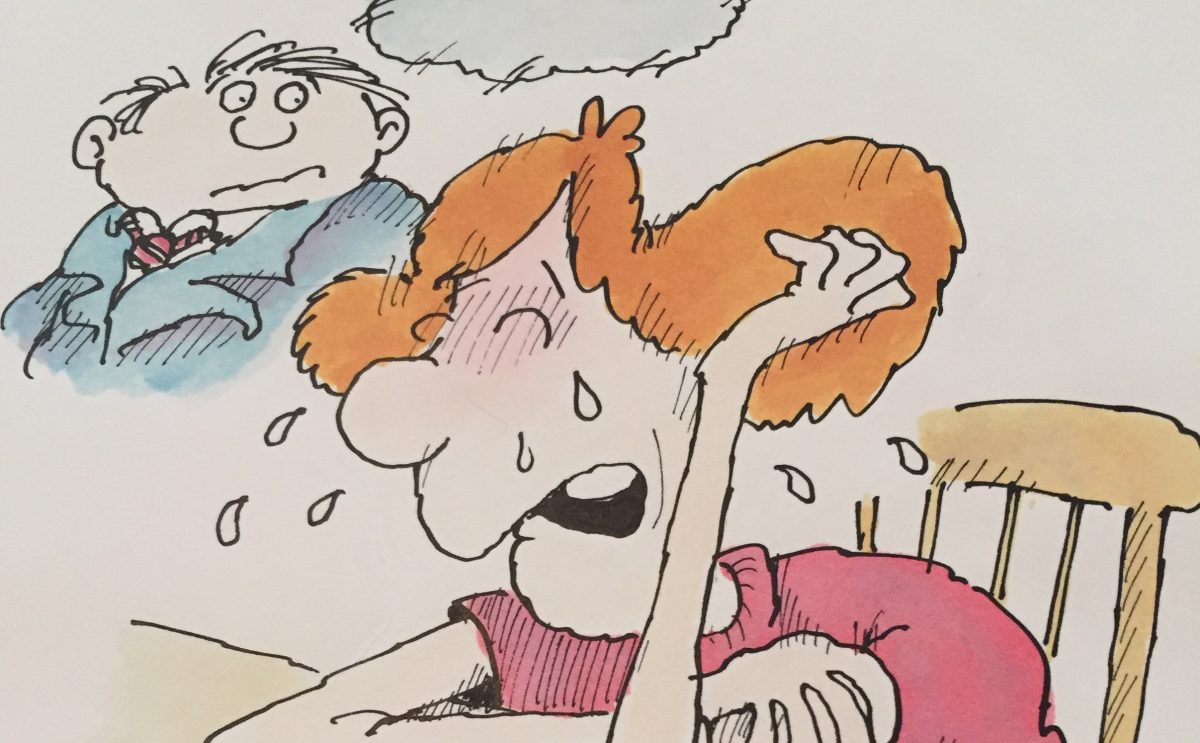 Five weeks ago I began an inadvertent journey which has turned out to be a most sobering experience, filling me with anger, frustration and concern. It’s not that I’ve made a new discovery as I’ve been advising women with both PMS and menopause symptoms all over the world for over 25 years.

It’s more that I have been reminded that women are being left to fend for themselves at midlife, or whenever peri-menopause or menopause hits following a hysterectomy. They feel isolated and very scared by invasive symptoms which keep them up much of the night dripping with sweat, suffering insomnia as a result, feeling angry, tearful, like they are going mad and a shadow of their former selves.

Some have tried HRT for a number of years and then been taken off it by their doctors as it’s no longer regarded as a long term treatment. Others have been given a variety of antidepressants that sometimes help, but often don’t. When they don’t respond to those treatments, many doctors seem to run out of tools and suggest that suffering this way at midlife is all part of being a woman.

I had been intending to establish a virtual ‘go to’ community where women could access reliable information, get their questions answered, meet experts and each other as my next project in 2017.

However, I went on a course to learn how to broadcast live on Facebook five weeks ago and on that day realised that I could get the community started as a Facebook group which I called Midlife Switch. Five weeks on, my Facebook live films have been viewed by just short of 110,000 women and over 750 distraught women have joined my group sharing their harrowing, life stopping stories with me and each other.

I’m now spending first thing in the morning before my day begins and last thing at night, whilst I’m still coherent, answering questions and consoling women who have largely been abandoned by their doctors, genuinely believing there is no hope. These women are in their 40’s and 50’s, which is only half-way house for many of us these days as we have the potential to live so much longer than in years gone by.

I’ve picked out a few comments to illustrate the desperation I’m reading about every day:

A dental nurse of 35 years who says “I drip with sweat until I have to fully change clothes. I had to give up work as I was dripping on the patients”.

“I am a prisoner of my home, dare not go to a department store for more than a couple of minutes. I've had so many illnesses all my life and fought them, this has me beat and after 4 years I see no light”.

‘I feel like I’m losing my mind, massive memory loss, on the brink of tears constantly”.

“I’m feeling so bloody ill and tired and my bones constantly ache”.

“My symptoms are horrendous, I sleep 3 hours a night, am moody and emotional”.

‘I’m feeling like my life has come to an end’.

They are asking questions like where do we get the answers, I'm so disillusioned, my GP is of no help?

I was relating my recent experience to a colleague at the weekend and I heard myself say to her that apart from suffering deeply with uncontrolled symptoms, “these women are almost grieving the loss of themselves”.

As I said it, I shivered, because that’s actually what’s happening. The women who are left to fend for themselves at midlife, often with the most horrendous symptoms, cannot see a light at the end of the tunnel. Instead they feel like life as they knew it is over. That strikes me as completely tragic, when I know from my many years of helping women through menopause using a natural approach, which is based on published medical science, that the majority of the symptoms these women are suffering can be controlled completely in a matter of months without resorting to drugs or hormones.

Plus, at the same time as learning to manage their menopause symptoms, they come to know how to prevent heart disease, osteoporosis, the bone thinning disease, and dementia in the longer term so that they can embrace the additional years many of them are blessed with, in good health.

It makes me ask myself questions like ‘Why does the medical profession feel it’s okay to give up on women at midlife?’ ‘How can we as a society have been so blind to this extreme and widespread suffering which is affecting millions of women all around the world every day and night?’ ‘What emergency measures and strategies can be implemented to arm women with sufficient science based knowledge to help women to reclaim their wellbeing at this life stage’.

I’m not sure of all the answers yet, especially as most doctors only are able to provide 10 minute appointments which wouldn’t allow them time to make a proper assessment, let alone give advice. I do know that there needs to be major change. Practice nurses at least need to be tooled up and educated about the published research that exists showing so that women no longer need suffer in this way at midlife, and dedicated clinics need to exist. At a time when the NHS is in shreds I am not at all confident that this is likely to happen sadly.

I’m going to dwell on it over the holidays.