I can hardly believe that it's almost the end of another year.  This one has flown and been packed full of events I will personally never forget.  It's ending on a very exciting note for me and I'm so pleased to be able to share it with you.

Now that my work with the Angelus Foundation has come to an end, I am once again focussing on important women's health issues.  I am deeply concerned and saddened that, seven years on, women are still largely left to fend for themselves when it comes to PMS and Menopause unless they opt for drugs or hormones; neither of which are long term solutions in any scientific sense.   Many women are left clinging on by their fingernails, feeling frightened and vulnerable, almost a shadow of their former selves.  Some admit to feeling suicidal, others depressed, exhausted, anxious, panicked and utterly isolated with both their self-esteem and libido at rock bottom.

The hot flushes and night sweats at menopause can be completely overwhelming and a cause of ongoing insomnia and extreme anxiety. The worst thing is that the majority of women have little idea that things can get better, let alone the possibility that they can overcome their symptoms with natural means in a matter of months.   Due to my deep frustration and sense of complete injustice, my mission in the next few years is to create a 'go to' platform where women can get trustworthy and scientifically based information that will enable them to overcome symptoms of PMS and Menopause.  They will meet experts, get their questions answered, and meet and support each other rather than being left to fend for themselves. I went on a course to learn how to do Facebook Live broadcasts four weeks ago and in doing so realised that I could create communities within Facebook now, rather than having to wait, and through that medium bring help, hope and relief to women everywhere.

Four weeks ago I set up the Midlife Switch group on Facebook and I've made half a dozen short films so far which have been viewed by over 40,000 people in that short period of time with very little promotion!  Through Midlife Switch I can communicate to women everywhere and answer their questions. I can also invite medical and inspirational experts to be interviewed on film so that the community can benefit from their wisdom too.  In addition, women get to meet and support each other. I'm going to be sharing one chapter of my new book Beat Menopause the Natural Way each week in the New Year and will be talking more about that particular aspect of menopause on film and with other experts.  All those women from perimenopause through to post-menopause are most welcome to join the community as the content will be a constant source of inspiration.

New Facebook community for PMS suffers and those with period problems...

No need to feel left out if PMS and other period related problems are plaguing you.  In the last few days I have set up the Facebook group No More PMS, based on the successful programme that my team pioneered at the Women's Nutritional Advisory Service. It will provide sound self-help information for women so they come to understand that they don't need to suffer with PMS, but instead can overcome their symptoms naturally.  Over 94 per cent of women have become symptom free within four months of being on our programme over the years, no matter how severe their symptoms were to begin with.

In the coming weeks and months I will be adding regular content, broadcasting live and interviewing other experts that have useful and effective tools and information to share to help bring an end to suffering.  If this is your life stage and that of your friends then please come and join the group.  At the same time as getting further insights into managing your symptoms and reclaiming your wellbeing, you will have the added bonus of meeting each other so that you don't feel isolated.

In addition to my focus on the two new groups, I'm finishing my new book Beat Menopause the Natural Way which will be available in January 2017 and working on courses that will be launched in the first few months of the New Year.  I have my new website going live in the next few days which I'm also very excited about. There will be new free downloads and webinars with myself and other experts, so come by, sign up for the newsletter and book your seats for webinars in advance. 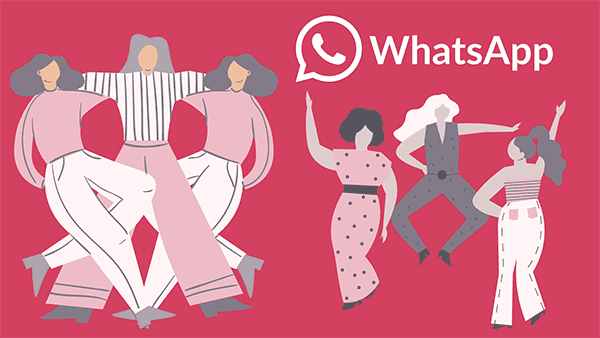